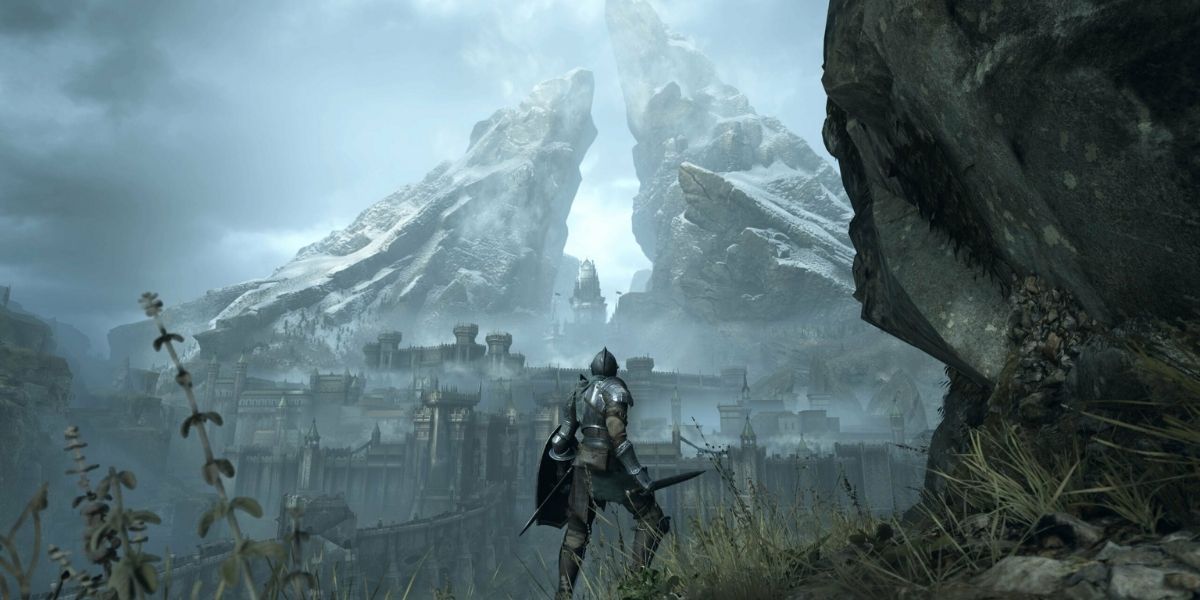 At the tail end of June, PlayStation’s Japanese Twitter account made headline news when it sent out a tweet welcoming Bluepoint Games to Sony’s first-party family. Even though the message was promptly deleted, fans of the Austin-based studio have been left to ponder ever since if a deal was being worked on, or had fallen through behind the scenes. After letting the anticipation build for almost exactly three months, Sony finally set the record straight last Thursday with the announcement that it had acquired Bluepoint for an undisclosed fee.

Ever since the preemptive tweet was posted, the topic of what Bluepoint Games would create next following the success of its Shadow of the Colossus and Demon’s Souls remakes has come up repeatedly on the internet. In that time a raft of alleged leaks from insiders have also resurfaced suggesting that another remake was in the pipeline, with Metal Gear Solid, The Legend of Dragoon, and Bloodborne,being the most frequently cited properties reportedly in consideration for the glow-up treatment. Now that the deal has been confirmed though, comments from Bluepoint infer that not only are those games not in development but that the studio is seemingly done with that kind of project in general.

Bluepoint is Moving Away From Remakes

Even though the announcement that Sony and Bluepoint have tied the knot isn’t the most shocking news, some of the details that have emerged in relation to the studio’s plans going forward have come out of left field. That’s because after building a reputation remastering classic games during the PS3’s generation, the studio now appears to be eager to create something completely new. Speaking in the aftermath of putting pen to paper, Bluepoint’s President Marco Thrush has stated to this end that the studio is currently working hard on some form of original content.

While it could be argued that the wording of the statement is somewhat vague, after all a theoretical 6th Archstone DLC expansion for the PS5’s Demon’s Souls would technically count as original content, the most likely conclusion that can be drawn is that a brand new original IP is being put into production instead. Naturally, if this turns out to be the case, it automatically throws the previously mentioned alleged remake leaks into serious question. While it’s possible that all parties involved could be employing some Kojima-esque hype building subterfuge, Thrush’s comments passionately make a case for the studio being ready and eager for the challenge of building its own franchise. Based on that information, it sounds like the studio’s traditional remakes and remasters are therefore about to become a thing of the past, at least for the time being.

RELATED: Why Demon’s Souls is Perfect for a PC Port

While the dust has been settling on the news of Sony’s acquisition of Bluepoint, a supposed insider leak has popped up on the internet that suggests that the studio actually has two projects in the works. One being the aforementioned brand new IP, the other is a remake of a beloved classic game that’s not related to Metal Gear Solid. As with all rumors this alleged information needs to be taken with a huge grain of salt, especially considering this one in particular directly contradicts the studio’s own comments. Theoretically speaking though, the idea of a PlayStation first-party studio having two projects in the works simultaneously isn’t far-fetched or unprecedented.

Right now it’s been heavily hinted that a lot of Sony’s other studios, such as Insomniac Games, Naughty Dog, and Santa Monica Studio, have been split into multiple teams and are working on different games at the same time. Even though a big focus for the publisher this year has been on bringing external partners into the first party fold like Housemarque and Firesprite, organic expansion of the teams it’s already cultivated has been happening in the background as well. While unlikely, it therefore wouldn’t be the most shocking news to hear that Bluepoint is going through a similar process in anticipation of working on a Bloodborne remake for example, alongside a new IP.

Even though the studio currently employs 70 permanent members of staff, a rapid increase from the 15 that made the PS3’s God of War Collection in 2009, that number admittedly still appears to be too low for there to be multiple modern-day projects in the works. What could be telling, though, is the fact that Thrush’s comments subtly addressed that figure and those concerns. As a member of the PlayStation Studios family, Bluepoint’s President has pointed out that it now has direct access to assistance from a whole global network of developers, who could theoretically facilitate the simultaneous development of multiple games.

Passing on the Remake Torch

Sony’s reluctance to provide backward compatibility that accounts for PlayStation’s entire history ensures it’s a safe assumption to make that remasters and remakes are going to continue to form an important aspect of the publisher’s release schedule. For the last 12 years, Bluepoint has played a pivotal part in developing this strategy, with the studio having worked on Gravity Rush Remastered, Uncharted: The Nathan Drake Collection, and The Ico and Shadow of the Colossus Collection, to name only a few examples. If the studio really is moving away from the upgrades it’s built a reputation on, Sony is going to have to find another company to tend to its legacy.

Having grown PlayStation’s first-party family to 19 studios, there’s no shortage of options at Sony’s metaphorical fingertips, just from an internal perspective. For example, even though it’s highly likely that Nixxes has been brought into the fold to help the publisher’s continued journey into PC gaming, theoretically the studio has plenty of experience that would make it an ideal candidate to work on some of the remake leaks that were once attributed to Bluepoint. Job listings on the studio’s website don’t directly point in any particular development direction right now either, while it could also be telling that Iron Galaxy has been hired to port the Uncharted: Legacy of Thieves Collection to PC instead.

While this could be one potential avenue that ensures games like the rumored Metal Gear Solid and Bloodborne remakes see the light of day, it’s not the only option. Leaks backed by credible sources suggest that Konami for example has hired a Singapore-based studio to work on a remake of Metal Gear Solid 3. There’s a chance then that the original leaks attributed to Bluepoint Games were wrong all along, which would in turn ensure that the studio’s shift to original content isn’t a detriment to its existence. There’s actually an established precedent for this happening within the PlayStation ecosystem too, with Sucker Punch having been heavily linked to the development of a Marvel IP twice, only for it to be revealed that Insomniac Games was actually behind both projects.

MORE: Why Some PS Plus Subscribers Are Unhappy With the October 2021 Games