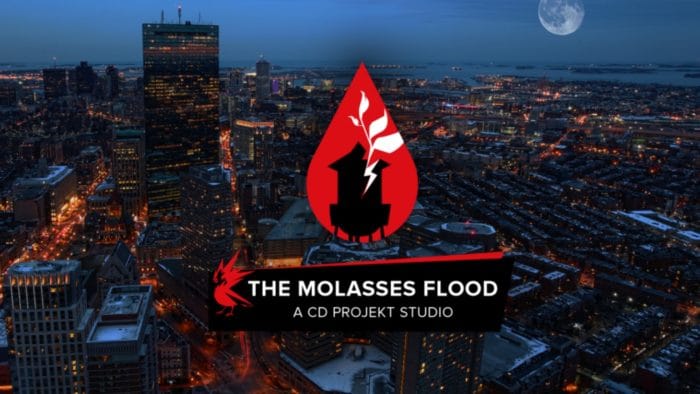 The Molasses Flood, the team behind The Flame in the Flood, has now joined the CD Projekt Group. The US-based studio will reportedly work hand-in-hand with CD Projekt Red on an “ambitious project” that is based on one of the company’s already existing IPs.

“Exciting news for us today!” wrote The Molasses Flood on social media. “We have joined the CD Projekt family and are working on a project within one of their existing universes.”

“The Molasses Flood share our passion for video game development,” said CD Projekt CEO Adam Kicinski. “They are experienced, quality-oriented, and have great technical insight. I am convinced they will bring a lot of talent and determination to the Group.”

At the moment, it remains unclear what this new project is going to be. However, considering that the newly acquired studio has been tasked to work on “its own ambitious project which is based on one of CD Projekt’s IPs,” fans were quick to point out that there are only two of those right now, namely Cyberpunk and The Witcher. Although it has been reported that they are not going to join the effort to turn around Cyberpunk 2077, they could be working on something new that is within that setting.

The Molasses Flood, despite being officially acquired, will reportedly not be merged into other CD Projekt teams—unlike Digital Scapes that was renamed to CD Projekt Red Vancouver earlier this year. Instead, they “will keep their current identity.” “We get to keep making games based on the same principles that have always guided us: Making games with heart built on rich gameplay systems,” promised The Molasses Flood Studio Director Forrest Dowling.

“When CD Projekt approached us about the possibility of working together, we saw an incredible opportunity to reach a much wider audience through a collaboration with a company we love, creating games in worlds we love,” Dowling added.

What do you think The Molasses Flood is working on? Let us know in the comments below.

The post The Flame in the Flood Devs Join CD Projekt for an ‘Ambitious Project’ appeared first on COGconnected.